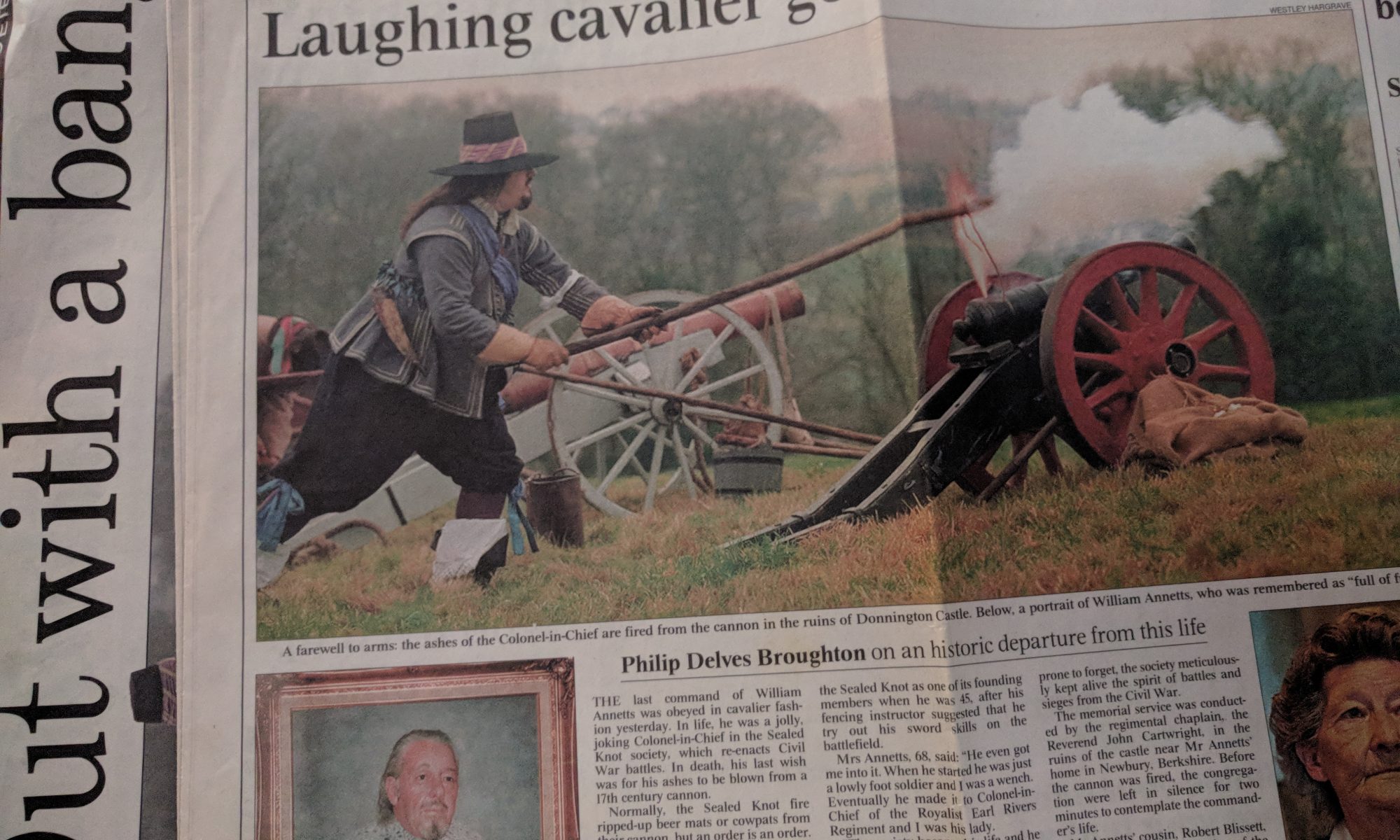 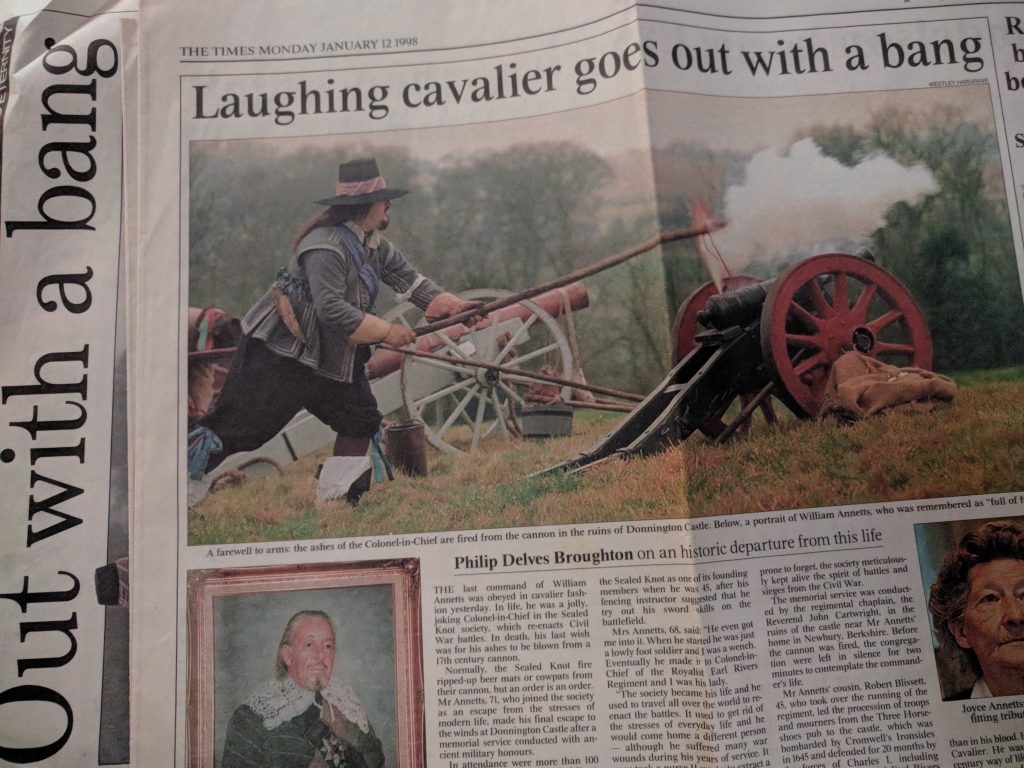 It’s 20 years since our Colonel, Bill Annetts, left us. His wishes for his ashes to be fired from a cannon in the grounds of Donnington Castle were carried out and the story appeared in many of the daily papers the following day.

We still remember the departed from our Regiment every year – this year we will do so at Shaw House in Newbury on 10 March. 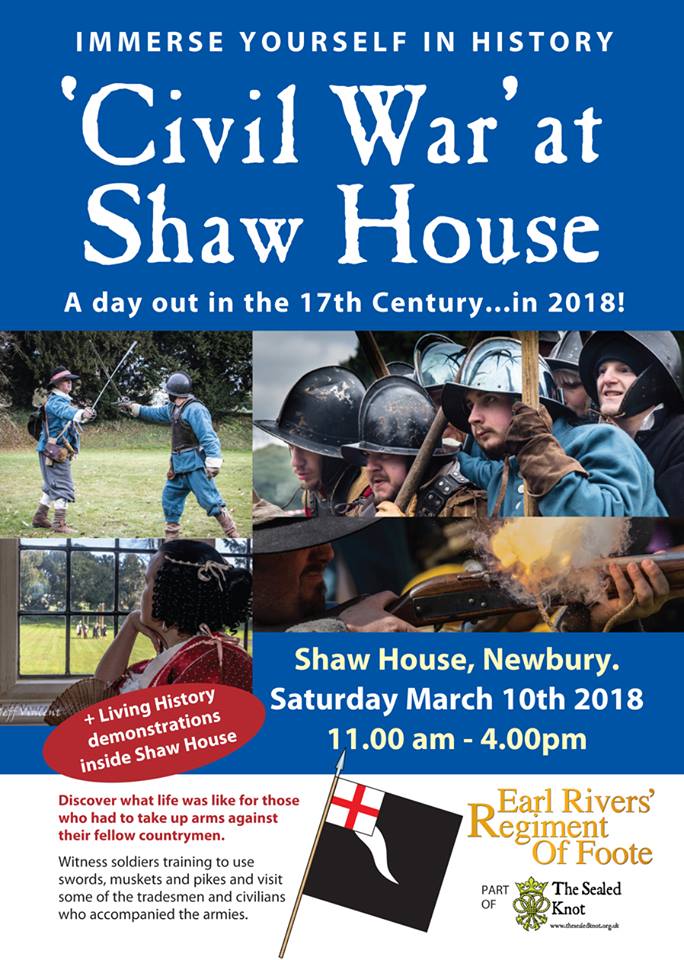 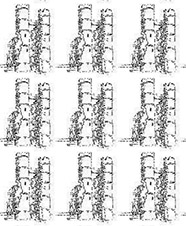 I recall first creating web pages for Earl Rivers Regiment as far back as August 1996 when they were part of my personal web space. I’ve long lost  most of the original files but was pleased to find that a snap shot from 29 January 1997 can still be found at The Internet Archive (along with later versions through the years). 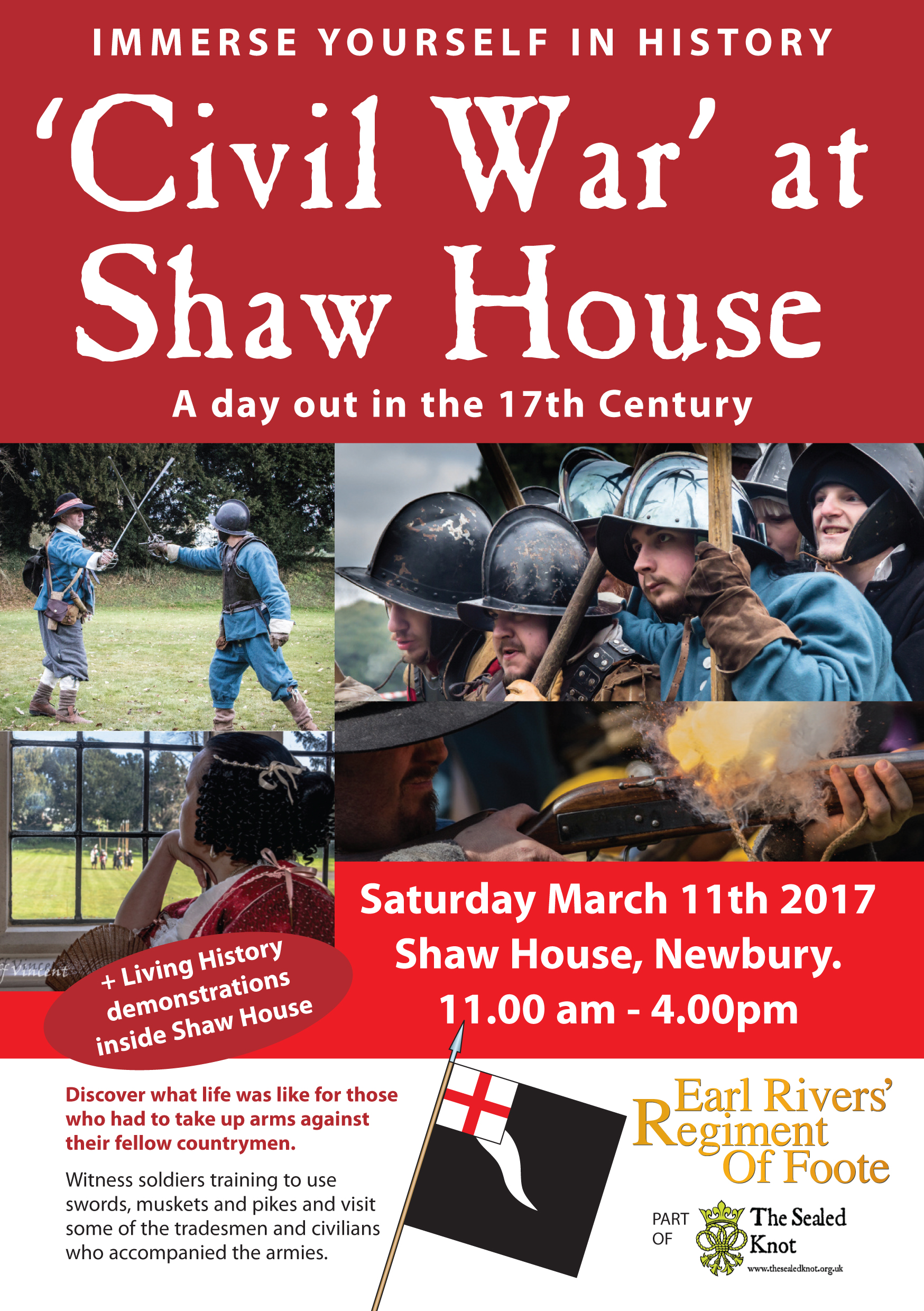