Taken from “Castles” by Charles Oman, K.B.E. M.A. All Souls College, Chichele Professor of Modern History in the University of Oxford; Member of Parliament for the University; Hon. LL.D. (Edin) and Fellow of the British Academy, etc.

It would not be quite correct to say that in the whole county of Berkshire Windsor and Donnington are the only two places in which there is the least remnant of the masonry of a mediaeval castle standing above the ground. For though this would be true enough concerning the castles of Reading and Faringdon and Newbury, and Beaumyss (as we have seen) some fragmentary blocks survive from the inner stonework of Wallingford. But they are a negligible quantity, while at Donnington, though the castle is mutilated, one very large and imposing section of it remains almost intact, and is well worthy of a visit. 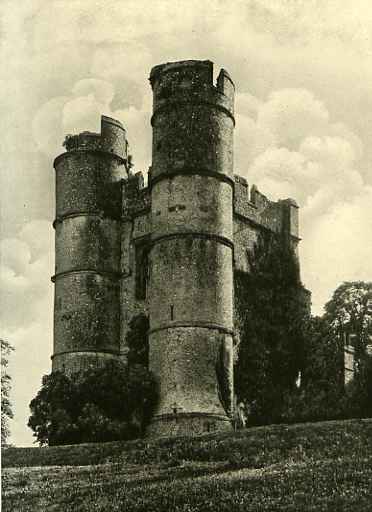